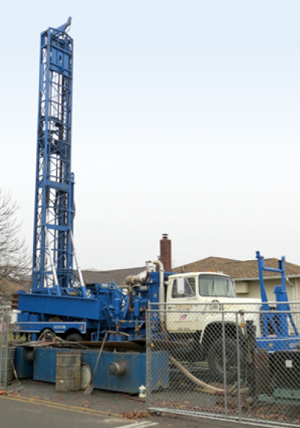 In an effort to continually monitor our drinking water, the U.S. Navy has chosen selective sites within the local community to report on the potential flow of the Grumman plume.

Consumers shouldn’t be alarmed as this is standard protocol and procedure. As part of the process of monitoring the plume, these massive drilling rigs are supervised and operated by professional engineers, and a reporting structure has been created to monitor the groundwater within the aquifer.

The South Farmingdale Water District wants to remind all consumers that these monitoring rigs are issued by the U.S. Navy, not by the Water District. While they may create an inconvenience for some residents, this is a normal part of the monitoring process.