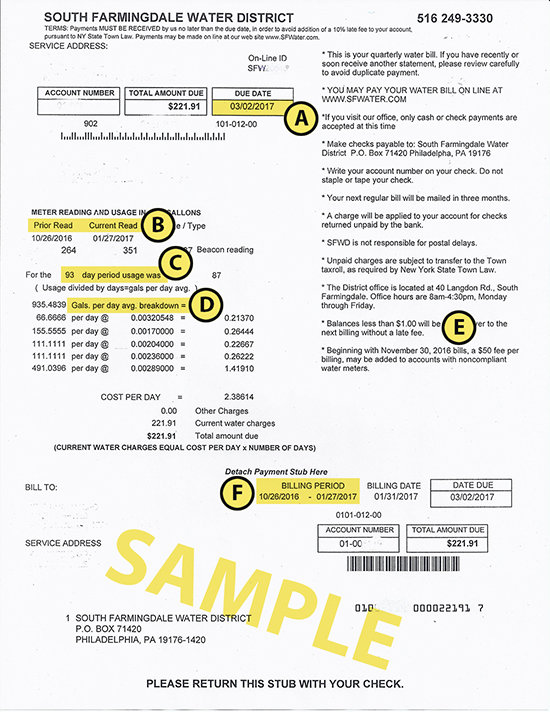 A. The DUE DATE represents the payment deadline. Accounts whose payments are received after this date will receive late charges, as per New York State Town Law.

B. CURRENT READING corresponds to the later of the billing period dates and the PREVIOUS READING to the earlier date. A reading of 1233 means 1,233,000 gallons; three zeros are omitted. Zeros are also omitted from the USAGE figure (next to the DAYS IN PERIOD figure).

C. The DAYS IN PERIOD results from these dates and represents the number of days between meter readings.

D. Your GALLONS PER DAY AVERAGE is shown at the left middle portion of the bill. The calculation is done as follows (refer to the bill above):

E. Look for messages in this section of the bill.